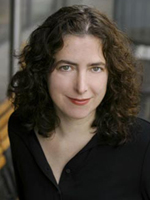 Diana Abu-Jaber is most recently the author of Birds of Paradise as well as of the award-winning memoir, The Language of Baklava, the best-selling novels, Origin and Crescent. Crescent was awarded the 2004 PEN Center USA Award for Literary Fiction and the American Book Award. Her first novel Arabian Jazz won the 1994 Oregon Book Award. A frequent contributor to NPR, she teaches at Portland State University and divides her time between Portland and Miami.

Molly Birnbaum was born in Boston and fell in love with cooking and food while a student at Brown University. Her pursuit of formal culinary training was stymied when she was hit by a car while jogging in the summer of 2005.  As a result of the accident, Ms. Birnbaum lost her sense of smell.  No longer able to detect flavor in food, she moved to New York City and began to write. Her work has appeared in the New York Times, ARTnews magazine, the New York Post, USA Today, the Point Reyes Light newspaper, and the Brown Alumni Magazine, among others.  She was awarded the Pulitzer Traveling Fellowship for Arts and Culture from the Columbia University Graduate School of Journalism in 2008.  Her first book, Season to Taste: How I Lost My Sense of Smell and Found My Way was published in June 2011. Ms. Birnbaum lives in Cambridge, Massachusetts.

Nora Ephron is an acclaimed screenwriter, director, film producer and novelist. She began her career as a newspaper reporter for the New York Post and then became a magazine writer for Esquire, The New York Times magazine, New York Magazine among others. Her most recent film project was Julie & Julia. Her recent memoirs include I Hate My Neck and I Remember Nothing.

Carolyn Forche is the author of Gathering the Tribes, winner of the Yale Younger Poets Award; The Country Between Us, which received awards from the Academy of American Poets and the Poetry Society of America; and The Angel of History, awarded the Los Angeles Times Book Award. She is also the editor of the anthology Against Forgetting: Twentieth-Century Poetry of Witness. Recently she was presented with the Edita and Ira Morris Hiroshima Foundation Award for Peace and Culture in Stockholm. She lives in Maryland with her husband and son.

Gael Greene is most known as the restaurant critic of New York Magazine (1968 to January 2002). Together with James Beard she founded City Meals on Wheels.
Ms. Greene’s memoir, Insatiable was published in April, 2006. Earlier non-fiction books include Delicious Sex, A Gourmet Guide for Women and the Men Who Want to Love Them Better and BITE: A New York Restaurant Strategy. Her two novels, Blue skies, No Candy and Doctor Love were both New York Times best sellers. Her work has appeared in Travel & Leisure, Food & Wine, Diversions, Departures and Food Arts.
.

Madhur Jaffrey is an award-winning actress and bestselling cookbook author. Her first book, An Invitation to Indian Cookery, and her series for BBC television Madhur Jaffrey’s Indian Cookery made her a household name. She has appeared in over 20 films, including Merchant Ivory’s Heat and Dust, and written over 30 cookbooks. Miss Jaffrey won the Silver Spoon award given by Food Arts magazine for her contribution to popularizing Indian food in America. Her critically acclaimed memoir Under The Mango Tree quickly became an indie book favorite.

Judith Jones is Senior Editor and Vice President at Alfred A. Knopf. She joined the company in 1957 as an editor working primarily on translations of French writers such as Albert Camus and Jean-Paul Sartre. In addition to her literary authors, she has been particularly interested in developing a list of first-rate cookbook writers; her authors have included Julia Child (Judith published Julia’s first book and was her editor ever after), Lidia Bastianich, James Beard, Marion Cunningham, Rosie Daley, Marcella Hazan, Madhur Jaffrey, Edna Lewis, Scott Peacock, Joan Nathan, Jacques Pépin, Claudia Roden, and Nina Simonds. She is the coauthor with Evan Jones (her late husband) of two books: The Book of Bread: Knead It, Punch It, Bake It! (for children); and The Book of New New England Cookery. She also collaborated with Angus Cameron on The L.L. Bean Game and Fish Cookbook. Recently, she has contributed to Vogue, Saveur, and Gourmet magazines. In 2006, she was awarded the James Beard Foundation Lifetime Achievement Award.

Robert Leleux’ work has appeared in the New York Times, the New York Times Magazine, and the Utne Reader.  He writes the Tex in the City column for the Texas Observer, and the History of Style column for Lonny Magazine, where he is features editor. Mr. Leleux is the author of The Memoirs of a Beautiful Boy, and The Living End, which will be in the winter 2012. He lives in New York City.

Molly Peacock is a poet and a creative nonfiction writer, and the author of The Paper Garden: Mrs. Delany Begins Her Life’s Work at 72. Her earlier works include a memoir called Paradise, Piece By Piece and How To Read A Poem and Start A Poetry Circle. She is the editor of a collection of creative non-fiction, The Private I: Privacy in a Public World and the co-editor of Poetry in Motion: One Hundred Poems from the Subways and Buses. Ms. Peacock is one of the creators of Poetry in Motion on subways and buses throughout North America. Currently she is on the faculty of the Spalding University Low-Residency Master of Fine Arts program. She lives in Ontario, Canada.

Georgia Pelligrini was raised on a farm in Upstate New York. After a stint on Wall Street, she left the cublicle behind to pursue her passion for cooking. After attending the French Culinary Institute, she worked in the finest farm to table restaurants in New York and France. Ms. Pelligrini gave voice to artisan cooks in her first book, Food Heroes: 16 Culinary Artisans Preserving Traditions. Her second book, Girl Hunter: Revolutionizing the Way We Eat, One Hunt at a Time will be published this fall.

Ruth Reichl is a writer and editor who was the Editor in Chief of Gourmet Magazine for ten years until it closed in 2009. She was the restaurant critic of the The New York Times and both the restaurant critic and food editor of the Los Angeles Times. Ms. Reichl began writing about food in 1972, when she published Mmmmm: A Feastiary. Since then, she has authored the critically acclaimed, best-selling memoirs Tender at the Bone, Comfort Me with Apples, Garlic and Sapphires, and For You Mom, Finally, (originally published as Not Becoming My Mother and Other Things She Taught Me Along the Way). She is the editor of The Modern Library Food Series. Ms. Reichl is the host and executive producer of Gourmet’s Adventures with Ruth and Gourmet’s Diary of a Foodie on public television. She is also the executive producer of Garlic and Sapphires, a Fox 2000 film based on her memoirs and to be produced by Cary Brokaw’s Avenue Pictures.

Mimi Sheraton joined The New York Times in 1975 and among other posts, served as their restaurant critic for eight years. Her food writing has appeared in The Village Voice, Town and Country and New York magazine, among others. She has published over sixteen books including the memoir Eating My Words: An Appetite for Life. 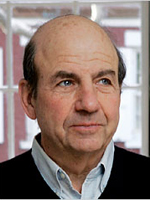 Calvin Trillin has earned acclaim in fields of writing that are remarkably diverse. As someone who has published solidly reported pieces in The New Yorker for forty years, he has been called “perhaps the finest reporter in America.” Since 1990, Trillin has written a piece of comic verse weekly for The Nation. His wry commentary on the American scene and his books chronicling his adventures as a “happy eater” have earned him renown as “a classic American humorist.” His About Alice was a 2007 New York Times best seller that was hailed as “a miniature masterpiece” which was followed by two other best-selling memoirs, Remembering Denny and Messages From My Father.  He lives in New York.

Cook 'n' Scribble is the spot for people who believe words should be as delicious as their dinner. We offer virtual courses and lectures for aspiring food bloggers, authors and writers. Our team is dedicated to nurturing communities of writers by creating peer networks and providing editorial support. Write on.